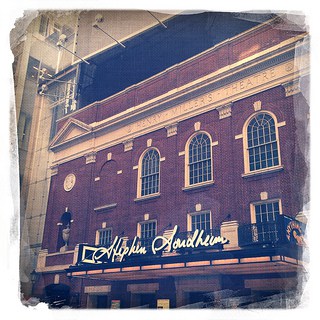 Posted at 08:06h in Sedan Service by DesignME

When it comes to planning a summer date night in New York City, few things can compare to the magic of a Broadway show. Not only is Broadway theater one of the Big Apple’s most well-known forms of entertainment, it’s a great way to make your significant another feel special on a big night out.

If you’re planning for your Broadway date night this summer or fall, we’ve compiled a list of tips for how to get there, and which amazing shows can be seen at which theaters.

CAR SERVICE IS STEP ONE

If you’ve ever been to New York City, you know how difficult it can be to navigate the traffic and find adequate parking. That’s why booking Your Perfect Atlantic City Night Out should be step one on your list of to-dos. Not only will you chauffeur handle each step of the navigation process, he or she will ensure that you arrive at your show on time and with no frustrations.

When it comes to building the perfect date night in a city as exciting as New York, only chauffeured car service will do.

One of our favorite destinations for a fantastic Broadway production is the Lyceum Theatre, located on West 45th Street. New York’s oldest surviving theater in continuous use throughout its lifetime, the Lyceum will present a fantastic production from Avad Aktar called Disgraced, starring How I Met Your Mother Star Josh Radnor and actress Gretchen Mol. The production will enjoy its first previews on September 27, with its opening date on October 23.

The Imperial, also located on West 45th Street, was built in 1923 and has been the site of some of the most popular and well-attended productions in the history of Broadway. This season, they have a fantastic production of Victor Hugo’s Les Miserables, which has seen 129 performances since its opening date on March 23 of this year.

The Majestic Theatre on West 44th Street has been the site of over 11000 performances of the early-20th-century juggernaut, The Phantom of the Opera. The Majestic proudly presents the continuation of this timeless Broadway classic in 2014, with performances scheduled indefinitely.

Since it’s opening in 1913, this New York City theater has hardly had it lights turned off. It has been the host of some of the most famous productions in Broadway history and is a mandatory stop for theater lovers visiting the Big Apple. This summer, the theater is showing the indomitable Matilda: The Musical, a charming production for the whole family.

West 52nd Street in New York is home to the August Wilson Theatre, named in 2005 in honor of the great playwright and contributor to theater arts. This season, the Theatre continues its nearly 10-year run of the delightful production Jersey Boys, the heartwarming story of Frankie Valli and the Four Seasons.

Named for famed playwright Stephen Sondheim, this beautiful theater, located at West 43rd Street, will continue its presentation of Beautiful: The Carol King Musical this summer and fall. With over 200 performances delivered since its debut in mid-January, this charming musical has proven to be quite popular among both theatre-lovers and fans of the timeless singer-songwriter for which it is written.

Theatre-lovers and New York City-lovers alike will adore the experience provided by a night out at a Broadway Theatre. Whether you’ve long looked forward to seeing one of these timeless productions, or are simply looking for a fun addition to your trip’s itinerary, finding the perfect show and booking car service to get you there are two ways to hit a high note during your summer theater experience in New York City.