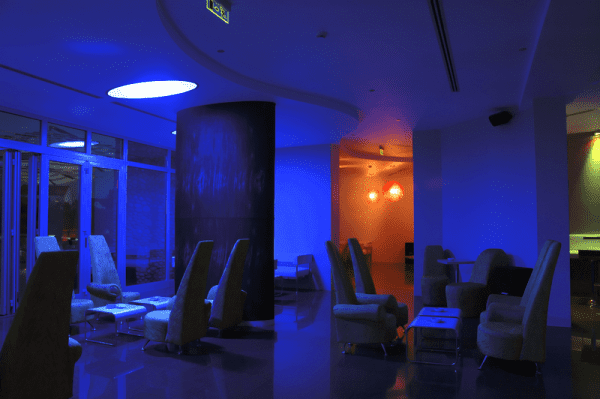 15 Feb WHERE TO STAY IN BROOKLYN: THE BEST HOTELS NEAR THE BARCLAYS CENTER

If you’re headed into New York for an engagement at the Barclays Center, there’s really no need to stay in Manhattan. While Brooklyn still holds the stereotype of a hipster haven for many out-of-towners, it’s become a gorgeous and affordable alternative to its grown-up older sister borough. Between its exceptional restaurants, a distinct culture of its very own, and its proximity to the Barclays Center events, Brooklyn is certainly worth considering for your accommodations. Even better, if you reserve car service from JFK airport and a limo to your event at Barclays, your transportation needs for the rest of the trip could be minimal.

Here are some ideas for where to stay in Brooklyn, with options available for a variety of tastes and budgets. From the restored Victorian lodgings at Sankofa Aban (pictured right) to the very, very modern rooms at Nu Hotel, there’s something for everyone without ever having to think about looking for space in Manhattan:

There are quite a few things to love about Williamsburg, the too-cool-for-school part of Brooklyn that houses Hotel Le Jolie. If you’re into the hipster scene, you can easily spend a few hours just people-watching outside the hotel. Rooms run more towards the clean and modern than stylish, but they’re among the most affordable in the area. Doubles start at around $250 a night, and savings can be negotiated if you’re willing to give up a room with a view for an interior spot. Breakfast is free and better than a continental buffet, but noise can be a problem for people unaccustomed to the city, because the facility is located right on the Brooklyn-Queens Expressway.

Turns out, the facility’s name isn’t entirely accurate. The Nu Hotel has been one of the most beloved places to rest your head in the greater New York City area since 2008. There’s plenty of weirdness available for those visitors interested in a more innovative experience. If you open your pocketbook to reserve one of the three “Urban Suites” on site, you’ll even have the chance to relax in a private hammock inside the suite. There are also cork floors and chalkboard walls in the bathrooms. If a view is unimportant, word has it that the interior rooms offer a quieter guest experience. Prices start at around $199 nightly for a double room.

For a true Barclays Center experience, you can’t really book a room anywhere but Sankofa Aban. It’s even situated just blocks from the public housing projects where Barclays Center benefactor and the Brooklyn Nets’ part-owner Shawn “Jay-Z” Carter spent his childhood. Reserve a room well in advance, because this hotel only offers four guest rooms. The townhouse was originally built in the 1880s, and many Victorian touches are intact, including claw-foot tubs, fireplaces, and marble furnishings. As an added benefit, this strangely-named hotel is surprisingly affordable and reservations can be made for as low as $135.

The name of this hotel is no mistake. Blue lighting is offered throughout the facility, and the glow can be seen from the street. Located in a residential area of town, it’s a reliable and comfortable choice. Guests are given access to very modern furnishings and fixtures, including flat-screen televisions, balconies, and sleek, white furnishings. Given the fact that it’s a boutique hotel, it’s also more expensive than other options near Barclays. You can expect to pay $260 or more per night.