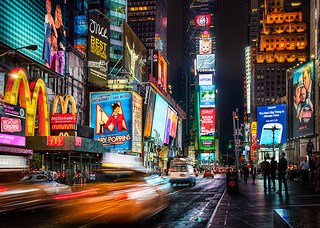 Posted at 07:03h in Limo Service by DesignME

PLAN YOUR NIGHT OUT ON BROADWAY WITH THESE AMAZING FALL PRODUCTIONS

A trip to New York City can mean many things: celebrating an anniversary, attending a huge business conference, or simply getting away for the weekend. One thing is sure, though: New York City during autumn is a sight to behold, and being able to plan for a weekend there is a luxury and a gift.

If you happen to be fortunate enough to be looking forward to a weekend or vacation in New York City, finding activities to fill your itinerary is easy if you know what you’re interested in.

We think seeing a Broadway play is just about the most enjoyable and exciting evening you can have in the Big Apple, and to help you narrow down the list of candidates for your big night out, we’ve drawn out the specs for a few of (in our opinion) the best shows to see this autumn.

1. DISGRACED AT THE LYCEUM THEATRE

Winner of the 2013 Pulitzer Prize in Drama, Disgraced features acting from popular TV front man Josh Radnor (How I Met Your Mother), as well as established dramatic actress Gretchen Mol. The story follows the sociopolitical and interpersonal experiences of Muslim-Americans in post-9/11 America. This is great show to snag tickets to if it’s you and a spouse or partner or a group of adult friends going out for a night on the town.

2. THE RIVER AT CIRCLE IN THE SQUARE

If you loved Hugh Jackman’s work in Les Miserables, you must see him in this Royal Court Theatre transplant at New York’s beloved Circle in the Square. Jackman takes on the lead role of “The Man.” The nature of The River’s plot depends heavily on surprise and secrecy, so no plot points can be revealed, but suffice it to say, younger audiences may not find the play suitable. It is, however, a fantastic centerpiece for a date night or a friend group outing.

This introspective look at a crumbling marriage and one man’s disillusionment with reality features an all-star cast of Ewan McGregor, Cynthia Nixon, and Maggie Gyllenhaal. Experience the tension, intellectual substance and amazing performances produced by this all-star cast at American Airlines Theatre this fall. This play is not recommended for younger audiences.

4. A DELICATE BALANCE AT THE JOHN GOLDEN THEATRE

Glenn Close, John Lithgow, and Martha Plimpton star in this moving portrayal of a couple struggling to cope with the family members who, in their time of need, seek help and solace in the couple’s home. Glenn Close is a 3-time Tony winner and will play the lead role of Agnes, with the illustrious John Lithgow as Agnes’ husband, Tobias. Martha Plimpton will play the couple’s recently 4-time divorced daughter, Julia.

This Broadway classic has been the delight of fans and attendees for decades; its newest iteration, which premiered this past April and featured dynamic on-screen actress Michelle Williams in the role of Sally Bowles, has continued to charm and delight audiences throughout its summer and fall run. Another talented actress, Emma Stone, will step into the iconic role of Sally Bowles on November 11 and complete her run in February of 2015. Cabaret is forever a great choice to headline your date night or vacation outing; get your tickets soon.

While the Big Apple may be a great city for seeing outstanding Broadway productions, it’s not a great place for navigating traffic and finding parking. That’s why booking New York car service is so important for the relaxation and overall quality of your trip. Rely on a chauffeur to handle the parking and navigation so you can focus on absorbing the exceptional quality of your chosen Broadway production.