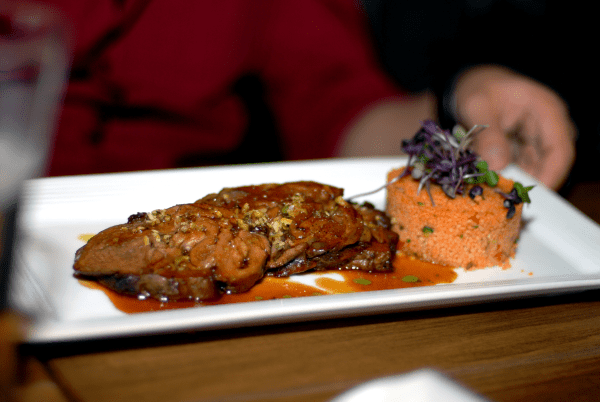 13 Mar THE 5 COOLEST PLACES TO EAT NEAR YANKEE STADIUM

We’ve all experienced the sensation known as “post-game starvation” at least once. The team finishes the final inning, you leave the stadium, and then you realize you’re really hungry. No amount of garlic fries can make up for the energy the average New Yorker expends cheering on the Yankees. It’s just a fact.

It’s also a fact that traffic around Yankee’s stadium post-game is a nightmare, which is why you need to let Your Perfect Atlantic City Night Out know you’re going to grab something to eat once the game ends. There are plenty of amazing restaurants within walking distance of the gates. We’ll highlight a few of our personal favorites.

There are burgers, and then there’s adventurous eating. For New Yorkers with a taste for exotic dining, the Feeding Tree has been a favorite for Yankees fans since 1991. The restaurant is named after a fruit tree native to Jamaica, and chef Kevin Smith has firsthand experience in the best dining of the West Indies. Prior to his role at the restaurant, he worked as a personal chef to the prime minister of Jamaica. Favorites include oxtail stew, blackened shrimp, and jerk chicken. The service is quick, and the prices are downright reasonable.

Just blocks from the Yankees stadium, Sam’s soul food’s lines reveal the delicious, Southern-style cooking served up inside. Many of the menu items, including the house-made ribs and fresh cornbread, will transport your party straight to Beale Street in Memphis. Live music is performed almost nightly, and it’s virtually a given on game nights. If you’re pressed for time or hungry before the game, grab a box of Sam’s cooking to go.

In Spanish, “molino rojo” means “red windmill,” but the actual origin of this restaurant’s name is a complete mystery. Best described as a Dominican diner, the Delarosa family take joy in serving up the classic favorites of their country of origin. There are plenty of authentic dishes on the menu, including blood sausages, slow-roasted pork, and housemade pork rinds. If you’re in the mood for something a bit more familiar, try the pechuga de polla a la Parilla, which is heart-healthy grilled chicken with steamed vegetables and rice. Beer, wine, and sangria are available, and the restaurant has a limited menu available until 4 a.m.

New York does home-style trattoria better than almost any city in the U.S., and G Bar is a bit surprising in that the interior features some funky decor, and the menu and staff are decidedly hip. However, the food includes every familiar Italian-American favorite that diners could possibly wish for. The pizzas are especially worth a try, and are likely the best near the stadium.

Sometimes, tavern food classics and a fast domestic beer are just the ticket before or after a game. Located only a few hundred feet from the stadium, the menu here is comprised primarily of New York deli classics. The pastrami sandwiches in particular are the stuff of legend, and they might even be good enough to make the trip when it’s not game day. Many of the greatest baseball legends who wore the Yankees uniform over the years have had a beer here after the game, including Yogi Berra, who was rumored to love sitting at the counter. Zagat Guide has described Yankee Tavern’s record of customer service and attentive wait staff as “a home run.”

What are your favorite places to eat at Yankees Stadium or in the surrounding area?