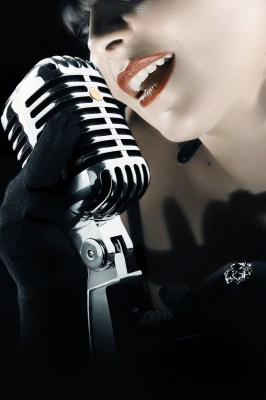 Have you ever heard a song that was so sad, so melancholy that you just wanted to reach into the radio and give the singer a hug and cup of hot tea? Us, too. There’s also a myriad of tunes out there that reference difficult roads, precarious paths, and the adversity of certain journeys, which got us thinking: These ballad-esque run-ins with difficult metaphoric travel could’ve been remedied if they’d only booked a Long Island limo service.

For extra fun, we compiled a list of songs that could’ve used the pick-me-up of limo service, to make their arduous journey easier, their rocky roads less rocky, and their commute more effective with time to answer emails and manage projects. You know, basic pop music tropes.

“THE LONG AND WINDING ROAD”

If you’ve never heard this song, you’ve probably either A) been living in a dark cave since 1970 or B) you’ve avoided all forms of media since 1970. And in both cases, it’s still somewhat likely that you’ve heard it anyway.  The last No. 1 hit for the Beatles before they went their explosive separate ways, “The Long and Winding Road” is one of those songs that just begs for a local expert Chauffeur to whip in, scoop up that brokenhearted singer (Paul McCartney, of course), and get him to that elusive door in a quick and efficient manner, all while offering friendly knowledge about the local attractions and best restaurants. If a limo service had been available, “The Long and Winding Road” might’ve been “The Road Where I Took a Nap Because My Chauffeur Knew Exactly Where He Was Going.” Of course, that title might not have fit on the vinyl, but give us a break, we aren’t the musicians here.

“WHERE THE STREETS HAVE NO NAME”

This song, from U2’s landmark 1987 album The Joshua Tree, is begging for the saving grace of a limo service from its opening lines. The lyrics are a stirring homage to losing oneself in the unknown, with only the power of love to sustain you; while that’s a lovely sentiment, and we do hope that the narrator finds his nameless streets in all their glory, we can’t help but feel that he should probably have a limo service on speed dial for when he wants to try out the new French restaurant in town, and he has no idea how to get there. A professional Chauffeur is so versed in local road layouts, he probably doesn’t need street names anyway. So we say it’s a win-win.

Gerry Rafferty’s iconic 1978 hit waxes melancholy about one man’s struggles to find himself while exploring Baker Street in London. We can’t help but think that if a limo pulled up just in time to scoop the narrator up and safely and effectively whisk him back to his home, he might not have had time to consider his failures in life, and “Baker Street” would have instead become “The Comfortable Interior of My Spacious Suburban Colonial Because My Chauffeur Made Sure I Got Home After a Night at the Pub.” And honestly, how does a song with a title like that not skyrocket into the Top 40? We invite you to argue.

Sad songs are some of the strongest fibers of our culture; they give us something to identify with, hold on to, and be comforted by. But it never hurts to imagine an arduous musical journey being made less arduous with the safe and friendly service of a dependable limousine service, either.