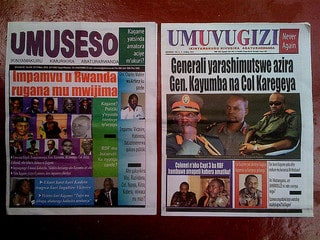 Posted at 07:02h in Limo Service by DesignME

CRAZY NEWS FROM 2014: CAN YOU BELIEVE THESE TALES?

The world is a seriously weird place, full of strange characters and even stranger occurrences. As we look back on 2014, it dawned on us that 2014 was host to a slew of crazy news stories that both confused and amused us.

As we look back at 2014, we compiled a list of our favorites, from the ghost on Tindr to the lost luggage that was found 20 years later, here are a few of our favorite 2014 news stories.

MAN TRIES TO STEAL CHAINSAW—BY HIDING IT UNDER HIS SHIRT

A Florida man was caught on camera in October attempting to lift a chainsaw from Treasure Coast Lawn, an outdoor store in St. Lucie, Florida. The man apparently asked an employee for a dollar; when the employee refused, Ballard is seen shoving a chainsaw under his shirt and fleeing the store. An employee from the store later found him and held him until the police arrived.

For Maria Dellos, a teacher in Tucson, the phone call she received in mid-December was quite unexpected: the Transportation Security Administration from Tucson International Airport was calling to inform her that a luggage she had lost 20 years ago had been found. What was in the bag, you wonder? Valuable art supplies that Dellos has picked up at a trade show in Las Vegas. The TSA traced the bag back to Dellos via a handwritten note tucked inside.

THE GHOST ON TINDER

Anyone who has tried online dating knows the pool of potential dates out there can range from surprisingly nice and normal to absolutely bizarre. For a girl named Grace, the dating app Tinder was prime real estate for some hijinks this past December. She set up a profile, blurred her face out in all her pictures, and tried to convince any of her potential “matches” that she was a ghost. When one interested Tindr match commented on the strange nature of her photos, she replied “My face doesn’t appear in photos because I exist on a different light spectrum.”

In October, authorities in Thousand Oaks, California responded to a call to remove a woman from a chimney; the home (and the chimney) belonged to a man with whom she had gone on a few dates, but who had recently stopped calling her. Apparently, the woman was trying to enter the man’s home via the chimney but had gotten stuck, requiring the help of search and rescue crews to get out.

A woman’s wedding ring had been missing for six years when it mysteriously re-appeared after her dog got sick in the yard. The dog had recently ingested a Popsicle sick and had been queasy since the incident, throwing up twice trying to rid his system of the foreign object. In the process, he apparently ejected the woman’s wedding ring, which he had ingested a full six years earlier. After a quick cleaning and polish, the ring looks exactly as it did six years earlier.

Two Jackson, Missouri spelling bee contestants, ages 11 and 13, went for over 96 rounds in two weeks of competition in the County spelling bee. They went back and forth for so long, in fact, that they spelled their way through the entire list of available words. Moderators for the spelling bee had to spend ample time coming up with a list of additional words for the kids to spell before competition could resume. After 96 rounds, the older child came away the victor by correctly spelling “definition,” while her competitor misspelled “stifling.” Both children are eligible to compete in the Bee next year.

2014 was a year of many strange headlines, both in New York City and its surrounding areas. What were some of your favorite headlines from 2014?