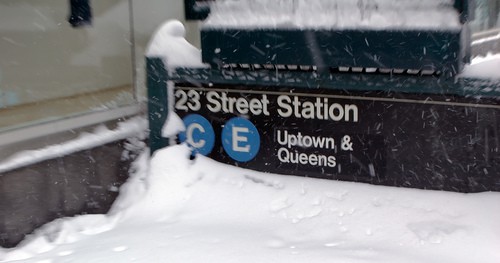 Posted at 07:04h in Limo Service by DesignME

DURING A HARD WINTER, NEW YORK HAS COME TOGETHER

The recent, devastating snowstorms, which affected New York and much of the Northeast, have left many people stranded, trying to dig out of their cars and homes and generally unable to move about their daily lives.

Many of those left stranded or otherwise incapacitated have found that they had neighbors more than willing to help them, good Samaritans standing by to lend a helping hand and various other kindnesses at every turn as they dealt with the terrible winter weather.

In the spirit of giving and the inspiration provided by these acts of kindness, Executive Ground Transportation has compiled a list of the most heartwarming stories of neighbors helping neighbors during the recent snowstorms in the northeast.

NEIGHBORS HELPING NEIGHBORS DIG OUT OF SNOW IN CONNECTICUT

Snow piled so high that you can’t even get in your car? That was the fate of Connecticut during the blizzards of January 2015. Luckily, for many Connecticut residents, like these, they had helpful neighbors standing by, willing to help dig their friends’ cars out from the feet of snow during times of need.

THE BUFFALO BILLS HELP OUT DURING RECENT SNOWSTORMS

The Buffalo Bills helped pushed some cars out of dire conditions during the recent winter blizzards in Buffalo. Thousands of people in the New York town were literally snowed in when Buffalo received feet, not mere inches, of snow during recent blizzards. This act of kindness from the Professional Football team was just one of many performed by good Samaritans as Buffalo, and many other northeast cities, try to unthaw.

A Manhattan dog named Burt went missing from his home on the island in August, only to be found by a New York Fire Department Lieutenant during the recent snowstorms. Dave Kelly of the FDNY had seen the dog wandering around the FDNY training grounds and decided to leave food out for him. When the snow began reaching epic proportions, Kelly decided to bring the dog inside, where he did research on the internet and eventually found the dog’s owner.

Who says New Yorkers aren’t friendly? When the FDNY needed help clearing a three foot area around all fire hydrants in the city, to prepare for possible emergencies, New Yorkers stepped up and got the job done. It is this neighborly attitude that has helped New Yorkers get through the worst of the winter snowstorms.

It appears as if the northeast has not seen the last of these potentially deadly winter storms. For the homeless and others that don’t have access to shelter during the blizzards, help from good Samaritans could make all the difference.

With an estimated 3,300 people sleeping on the streets of New York on any given night, the feet upon feet of snow and temperatures dipping down near zero are potentially fatal.

Code Blue, an organized effort to get New York’s homeless off the streets during times of inclement weather, is in full force during the recent and upcoming storms. You can download the app, NYC 311 App, for Android or Apple iPhone. You can also dial 311 on your phone to dispatch an outreach team to an individual in need of assistance.