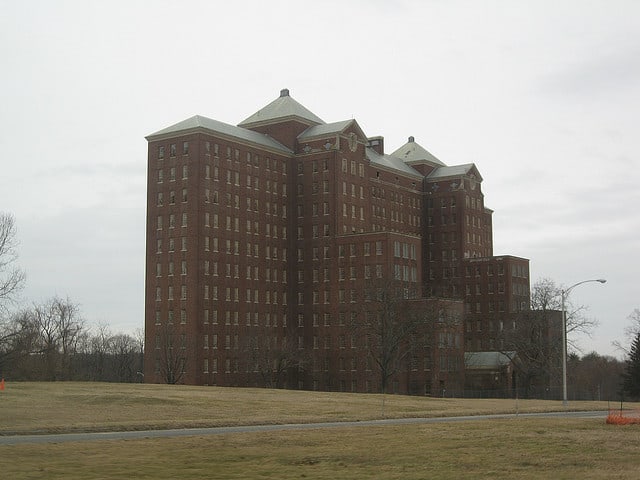 Posted at 08:00h in Limo Service by DesignME

GET READY FOR A HAUNTED LONG ISLAND HALLOWEEN

It is the first day of October, which means it’s time to start planning your Halloween festivities for the next month. October is synonymous with Halloween, which is a favorite holiday for many and a great time to work on a costume, plan your parties and head out on scary excursions with your friends.

If you’re near Long Island, you can plan a tour of some of the most haunted spots in the city, from historic locations to ancient burial grounds.

If you want to plan your own haunted tour of Long Island, consider including some of these creepy places in your agenda.

Sprawling over 800 acres, the Kings Park Psychiatric Center was established in 1885 and served as an overflow facility to relieve some of the overcrowding in New York hospitals.

Kings Park functioned as a self-sufficient farm community for patients with a mental disease, complete with a library, gardens, and a morgue. There was also a cemetery on the grounds to bury those who died on the property.

In its early years, Kings Park was considered a revolutionary place for patients suffering from mental illness, who would have endured abuse and barbaric treatments in other New York hospitals; the facility’s philosophy centered around farming and teaching patients sustainable techniques and work ethic. As WWII came, however, the hospital reached capacity and became a place of abuse and terror for many patients, as well as the site of multiple deaths.

The King’s Park facility has inspired numerous fictional locations in movies and television, and remains one of the most talked-about haunted locations in the country. The last patients were removed from the facility in 1996, when the State of New York closed it down for good. Many of the facility’s numerous buildings have since been demolished.

Suffolk County is home to Centereach High School, where in 1997, a New York firefighter named James Halverson was murdered in cold blood while jogging on the high school track at night time.

Home football games at the Centereach High School are said to be the sight of eerie specters and an uncomfortable feeling of being watched, many say by the ghost of James Halverson. Some have even reported spotting the ghost doing laps around the track while the game continues on the field.

With grave sites dating back to the 1700s, Lakeview Cemetery holds the remains of soldiers who fought in the Revolutionary War, the Civil War and both World Wars. Paranormal activity has been reported on at the cemetery on several occasions since the late 1800s when a ghoulish specter was seen wandering the grounds.

The cemetery’s gates themselves are said to be the spot of some paranormal activity, though the heaviest activity is said to occur in the oldest part of the property.

Perhaps equal to Kings Park in terms of notoriety for hauntings and paranormal activity, Sweet Hollow Road in Melville has attracted haunting enthusiasts for decades.

Sweet Hollow is the reported site of suicides, murders, vehicular homicides, and more. One of the legends contends that in the 1930s, children from a nearby day camp were murdered and that their ghosts wander the streets at night.

Nearby Mount Misery is another site of paranormal activity and is the supposed site of multiple ghosts and apparitions.

TRANSPORTATION FOR YOUR HAUNTED TOUR OF LONG ISLAND

The only thing missing from your haunted tour of Long Island is reliable transportation. Whether you want to visit a few locations in an evening or spend the bulk of your time in one destination, Executive Ground Transportation has a vehicle and a chauffeur to help you around the city.

When you have a reliable getaway car and a trustworthy chauffeur waiting to help you escape, your haunted tour can be Halloween experience you’ll never forget.

Contact Executive today to reserve your vehicle for a haunted tour of Long Island.