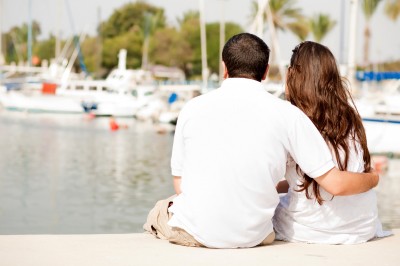 A MARITIME DESTINATION FOR YOUR LONG ISLAND LIMO SERVICE

Sag Harbor is known for its maritime activity, so if you’re itching to experience the sea, you’ve found the right place. Whether you venture out onto the water or just soak in the views along the docks, this charming town is the perfect summer getaway. To make your vacation here even better, book a limo to bring you to your hotel. Limo service in Long Island will be the  perfect way to begin and end your time at Sag Harbor. Once you get there, use this guide to decide where to visit.

Some restaurants are Italian in name only, but this restaurant isn’t one of them. From its Parma-born owner to the paintings of Italian landscapes on the walls, Il Cappuccino is the real deal. The restaurant’s been praised for its marinara sauce and garlic rolls, and guests can enjoy these with other items such as lasagna napoletana and pasta carbonara. The restaurant serves lunch, dinner and Sunday brunch The gluten-free menu makes it a good place for diners with wheat allergies. Each Sunday features a special prix-fixe menu priced at $24.95, and on Thursday nights, everything on the pasta menu is $12.95.

This Mexican restaurant embraces its customers with open arms, welcoming their ideas and even putting them on the menu at times. Chef Colin Ambrose opened the original Estia in Amagansett in 1991, putting a Mexican twist to local fish and vegetables. Seven years later, he opened Estia’s current location, and it’s been a favorite for several locals ever since. Start dinner off with a Turtle Roll, which includes black bean puree, avocado, and napa cabbage enclosed in a flour tortilla. Then move on to arroz con pollo, grilled fish tacos, or BBQ glazed salmon. If there’s room after all that, you can choose between flan cake or tres-leche cake for dessert.

Seated right along the wharf, the Dock House serves up fresh seafood that you can enjoy with a view of the water. The fish are delivered daily, and the staff will prepare it just the way you like it. There’s a children’s menu for the little ones, so your pint-sized companions won’t be left out. The Dock House’s clam chowder is top-notch, and it’s won several local awards. While the exterior isn’t much to look at, the inside is warm and friendly-looking. The restaurant’s also conveniently located near several local attractions, so you can work off some of your meal walking around the local hotspots.

A non-profit that seats no less than 299 people, this theater hosts a mix of stage plays and comedy performances throughout the year. July’s events include the highly praised Lend Me a Tenor on most weekdays. On Mondays, acts such as Ralphie May, Jim Breuer and the funny-men lined up for the All Star Comedy Showcase take the stage. The Bay Street’s Hamptons Pride Dance Party will take over the space on July 22. Colin Quinn will present his act Unconstitutional one week afterward.

This museum captures the lives of the 19th-century whalers who sought to make a living on the shores of Sag Harbor. Drawn to whaling because it offered them a better life than farming, these men formed a group made up of different cultures, and this museum honors their spirit to this day. In 1998, Sag Harbor Whaling and Historical Museum caught the eye of then-First Lady Hilary Clinton, who worked successfully to deem the museum a National Treasure.

For a beautiful day (or three) on the water, Sailacat provides Sag Harbor visitors with a private crewed yacht. Passengers can pack a picnic lunch or purchase catering from the company, and if one afternoon on the water isn’t enough, several options from weekend to weeklong cruises can keep you floating for a longer period of time. Whether you want to stay on a “boatel” or just spend a few hours on the sea, Sailacat is a great choice.

If you’re looking to unplug from the world, this is a great place to do it, because television is not one of the amenities here. With a Jacuzzi bathtub in your room, however, you’ll find that you don’t need to watch ABC to unwind at night. For even further relaxation, head to the downstairs restaurant, where more than 2,500 types of wine reside. This boutique hotel only has eight rooms, meaning a stay here is truly an intimate experience. Besides the comfort of a small hotel with luxurious bathrooms, you’ll also get to enjoy the historical aspect of the building, which has stood for an entire century.

Appropriate for a single traveler, a group of six, and any number in between, Baron’s Cove Inn Hotel has 66 rooms with layouts to accommodate different group sizes. Lounge on the rooftop sun-deck, or go for a swim in the pool. If you’re feeling more adventurous, you can venture out to Shelter Island (the hotel is just ten minutes away from the ferry), or you can book your car service to take you to one of the nearby vineyards.