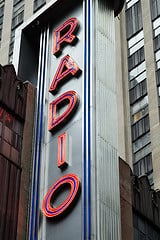 September promises to be an exciting month in Manhattan. From televised talent shows to rock concerts, lots of cool events will take the stage at Radio City Music Hall and Beacon Theatre. You may have trouble picking which one to go to, but one thing’s for sure: Dealing with traffic will not be fun. Hire Manhattan car service to take you instead.

Electro-pop duo Pet Shop Boys will stop by the Big Apple for a two-night engagement. Fans can expect to hear tunes off their new album Electric as well favorites from the pair’s impressive catalog; Electric will be their 12th album in a career stretching across three decades. Formed in 1981, the Pet Shop Boys have a cozy place in The Guinness Book of World Records for being the world’s most successful musical duo in the UK. See the legends in person when they drop their beats at Beacon.

You’re very likely to see acts ranging from the outrageous to the impressive to the odd when you sit in the audience of this talent show. This year’s judges include Nick Cannon, Heidi Klum, Howard Stern, Howie Mandel, and Mel B. See if you agree with their critiques as the show tapes weekly from July 23 to September 18. Tickets are free, though there are already waitlists for each date. Click here to put yourself on one of the lists.

This young trio is like the Italian equivalent of One Direction. They hit it big after appearing on a talent show and have been mixing with the biggest names in music ever since. Their history includes appearing with Barbara Streisand in concert and being the first Italian group ever to be signed with a U.S-based label. Their appearances on shows such as Good Morning America, The Today Show, and The Tonight Show with Jay Leno has given them attention from millions of Americans. Join them at Radio City Music Hall at the end of September.

Derek Trucks and wife Susan Tedeschi both pursued solo careers before deciding to join forces and form their 11-person band. The decision has earned them a Grammy-winning debut album and even a performance in front of President Obama. The group performs bluesy rock that’s shaped by Trucks’ and Tedeschi’s extensive experience—Trucks has another Grammy for his work with The Allman Brothers, and Tedeschi graduated from the Berklee School of Music with a degree in composition when she was only 20.

Star of the acclaimed documentary Searching for Sugar Man, Rodriguez is a Detroit musician whose songs ultimately fell through the cracks because of record label politics. By serendipity, the singer-songwriter garnered a huge fan following in South African—without his ever knowing it. His South African fans believed he’d committed suicide, a lie that persisted until one inquisitive music-lover tracked him down in the States. The investigation catapulted his career, and Rodriguez has been touring ever since.

This NPR favorite will explore the topic of the way things end, from endings that happen in a flash, to endings that occur at a slow burn. An intriguing topic, but what else would you expect from a radio show that’s explained the science of feeling stressed while shopping for groceries? Of course, hosts Jad Abumrad and Robert Krulwhich will inform with their usual mix of humor and wit. With a live show combining fascinating topics, music, and entertainment, science never seemed so cool.

With so many great events taking place in Manhattan, it would be a shame to have your evening ruined by careless drivers and endlessly honking horns. Take driving out of the picture altogether, and have a Manhattan car service bring you to the event. Executive Limousine has a range of comfortable, stylish options to choose from. The friendly Chauffeur will pick you up and drop you off right on time. And best of all, he will do all the navigating, so you can just sit back and enjoy the ride.