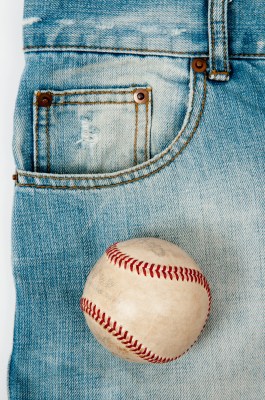 19 Apr BASEBALL WITH THE BOYS: THE ULTIMATE YANKEES EXPERIENCE

PLANNING YOUR PERFECT YANKEES DAY OUT

Planning a day out with the guys is a faraway dream for a lot of men, especially if they’re juggling jobs and families and still trying to get enough sleep. But now that spring has sprung and baseball season is upon us, the itch to get a guys’ day out organized might be too much to bear. And if you find yourself near the Bronx sometime this spring, catching a Yankees game and finding a great restaurant or bar to relax afterward might be the best guys’ day out in years.

To help you plan your day at Yankee stadium, we’ve compiled a list of ideas to make sure everything goes smoothly, from the transportation you use to get there, to the best restaurants for after-game grubbing.

HOW TO GET THERE

If we’re talking about transportation near Yankee stadium on game day, driving yourself shouldn’t be part of the equation. Not only is traffic near the stadium a hassle, driving in an unknown city for the first time is the best way to turn your guys’ day out into a stressful fiasco that will feel like just another stressful commute. You don’t want that.

Taxis and public transit are also probably not the best ideas. If you’re taking a group that’s larger than three people, you’ll have to take separate taxis to get all of you to the stadium and then, who’s to say that one of your cab drivers won’t get lost or take an alternate route, thus further splitting your group?

The answer to your transportation quandary on your Yankees’ game day out is to book a chauffeured vehicle. Chauffeured transportation companies offer vehicles in a variety of sizes so you know you’ll be able to accommodate your entire party with leg and head room to spare. And having a Chauffeur will offer innumerable benefits to your day, as well. You won’t have to worry with navigating because your Chauffeur will know exactly where to go, and he’ll also be able to offer advice on any last minute stops you might want to make.

If you want to grab a bite before or after the game, there is a plethora of restaurants near the Stadium to satisfy your hunger.

If you don’t mind Formica tables and a spare atmosphere but value truly delicious traditional Jamaican cuisine, the Baseball with the boys on Gerard Street, just a few blocks from Yankee Stadium, is the place for you. With dishes such as curried goat and traditional jerk chicken, and regional drinks such as the sweet and spicy sorrel, you’ll leave full and satisfied.

If you find yourself craving pizza or other traditional Italian fare, consider stopping in at Robles Pizza on East 161 Street. With a variety of pizzas, calzones, sandwiches, pastas, soups, salads, and spirits, Robles is a one-stop mecca for all of your carb-heavy, post-baseball cuisine.

Most people want a place to grab a great drink after watching a riveting game of baseball, and when you’re near Yankee Stadium, you’ve got a ton of options at your fingertips. And since you’ve taken the liberty of reserving chauffeured transportation for your day/night out, you can enjoy the libations of your after-game destination with few to no reservations.

One of our favorite bars for after-game relaxing near Yankee Stadium is Stan’s Sports Bar in Concourse Village, which offers all of the electric atmosphere you want from a post-game sports bar with beer that is $5 cheaper than stadium beer. What’s not to like about that?

Planning a great Yankees’ game day with the guys is all about finding the right transportation and the right food and drinks afterwards. With a team as storied and epic as the Yankees, you know the game will be a good one.