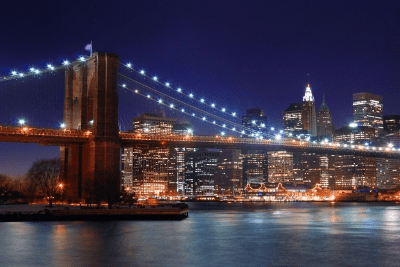 29 Sep ARE YOU READY FOR THESE BARCLAYS CENTER LIMO EVENTS?

Posted at 02:00h in Limo Service by DesignME

If you’re wondering if the atmosphere is living up to expectations, reports say the acoustics inside are even better than anticipated. If you’re among the lucky New Yorkers who managed to snag a spot at Jay-Z’s sold out concert series that continues through October 6th, count us jealous. Otherwise, there are plenty of opportunities to catch a glimpse of the center in the coming months. We’ve compiled a list of the best and brightest Barclays Center limo events you can add to your itinerary:

If you can’t wait to catch the Nets, there were still tickets available to their pre-season game against the Washington Wizards at the time of writing. Though the event isn’t part of the official season, the game slated for October 15th marks the first professional sports event in Brooklyn since 1957. Highlights of their upcoming season include their first encounter with defending Western Conference Champion Oklahoma City Thunder December 4th,  and the Chicago Bulls April 4th. True basketball fans are already vying for tickets to their Christmas Day match-up against the Boston Celtics, noon December 25th. Prices for seats range between approximately $17.00 and $1500.

Another Brooklyn-born musical legend, Barbra Streisand will be giving two rare performances October 12th and 13th, 2012. We can only assume she’ll take a note from Jay-Z and perform some of her best-known hits, which could include Guilty and A Woman in Love. Regardless, Streisand’s legendary vocal chops will undoubtedly soar through a sold-out Barclays Center. Fans of musical theater should keep a close eye on tickets, which will almost certainly disappear well before the evening. While few people can say they’ve been lucky enough to see Barbra live, you could be the first to see her perform in a major venue in her hometown. It’s a rare treat, so make an evening of it with some fabulous restaurant reservations and a Barclays Center limo.

Brooklyn loves boxing, and you could be among the first to see the first major event in the region in over 50 years! October 20th at 4pm, reigning super lightweight championship Danny “Swift” Gonzalez will face Mexico’s Erik “El Terrible” Morales, a man even fiercer than his intimidating nickname. Following the first match, you can catch yet another Brooklyn native, Pauli “Magic Man” Malignaggi, pictured, go head to head with Pablo Cesar Cano. The center will be joining forces with boxing legend Oscar de la Hoya to produce a series of at least 12 major boxing events over the coming months, the perfect destination for your guys’ night out.

Were you lucky enough to score tickets to one of Jay-Z’s concerts opening the area’s newest and most exciting concert arena? Planning on treating your sweetheart to an evening of classic glamorous and hits with Barbra Streisand or supporting world-class boxing in Brooklyn? Whether you’re headed out on a date or with the guys’, reserving a Barclays Center limo can remove the stress associated with fighting the area’s infamous traffic or trying to find a parking spot. Treat yourself like a celebrity for a few hours, and roll up in timeless style and comfort.

Executive Limo Service of Long Island, New York is a leader in providing personalized transportation solutions for your executive travel or Barclays Center limo needs. With a diverse fleet of sedans, SUVs, limousines and motor coaches and a staff of highly-trained, professional Chauffeurs, we provide exceptional service 24/7, 365 days a year. Please contact us for additional information on solutions, service and availability.