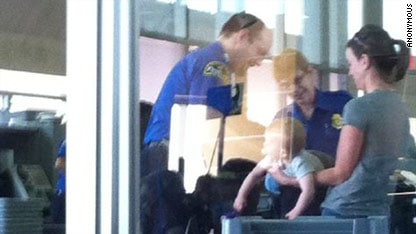 Posted at 12:05h in Airport Travel by DesignME

They say they want to keep terrorists guessing, but the media is still hyped up about the airport screening restrictions made by national airports ever since the attacks on New York City on 9/11.  But this time the new regulations that are being implemented have to do with kids. This is in response to the outrage over a video made by parents of a six-year-old girl who was patted down at an airport in New Orleans.  Click here to watch the video:  http://www.cbsnews.com/stories/2011/09/13/national/main20105429.shtml.

TSA has released a new rule that kids under 12 do not have to wear shoes and will receive fewer pat downs than adults.  If they fail the screening they will be allowed multiple tries and then may get a swab test on their hands to test for bombs.  Only then will they be required to do a pat down.

All three major airports in the greater New York City vicinity – including JFK, LaGuardia, and Newark – will adhere to these new changes, which have already been initiated for the holiday travel season.  There may be new changes for adults, too.  Business travelers and frequent fliers will soon be allowed lighter restrictions in exchange for giving up information.

These less invasive measures will not affect passenger safety and have been put in place to add greater respect and convenience to domestic travelers.

Since we offer a limousine car service to LaGuardia, JFK and Newark airports, Executive Limousine of New York strives to keep our customers up-to-date on the current news at all of our local airports.  If you have any questions about the New York airport car service or any of the new TSA regulations, please give us a call at (888) 245-3556 and we will find an answer for you.