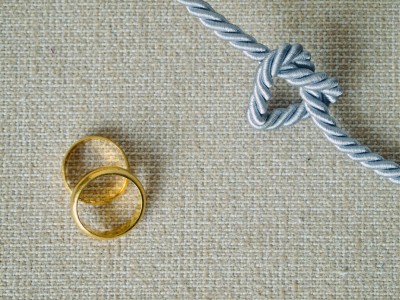 Posted at 08:05h in Long Island Weddings by DesignME

HAVE YOU HEARD OF THESE STRANGE NUPTIAL TRADITIONS?

Ah, the wedding: a time of joy, celebration and the start of a new life. It can also be the time of strange and age-old wedding traditions that many people have never heard of it. Here are a few of the strangest real wedding traditions from around the world.

In Chinese Inner Mongolia, there are a people known as the Daur.  They have a tradition that holds that in order to finalize the wedding date, an intended couple must find a baby chick and slaughter it, while both holding the knife.  The chick must be disemboweled and the liver inspected.  If the liver is healthy, they may set the date, but if not they must repeat until successful in finding a good liver.

In South Korea there is an odd custom after the end of the wedding: the groom has a rope wrapped around his ankles, and he is suspended by them.  The groom’s feet are beaten with fish on his wedding night, apparently to make sure that he is ready for marriage.

In the Congo, it is forbidden for anyone to smile or laugh during the entirety of the wedding ceremony.  It is considered impossible to take the wedding seriously if even one member of the procession cracks a smile.

On the Maruesas Islands of French Polynesia, there is a very special ritual honored at the wedding reception.  It is tradition for the relatives of the bride to all lay face down, side by side, in the dirt.  The bride and groom then walk across them, a symbol of their readiness to start their new life together.

In Kenya, the Massai have a tradition of the father blessing his daughter before she leaves the village with her new husband.  This blessing is achieved by the father spitting upon the head and chest of his daughter for good fortune.

In India there is an odd tradition that stems from a very particular superstition, surrounding the birth of the bride.  When women are born as Mangliks, which is an astrological combination occurring when Mars and Saturn are both under the 7th house, she is considered to be bad luck.  The woman is considered to be bad luck to the extreme that she will cause her future husband to die an early death unless the curse is broken.  The only way to break the curse is for the woman to first be married to a tree, and then the tree is to be destroyed.

Within the tribes of the Tidong community in Northern Borneo, there is a long-standing tradition that newly married couples are confined to their house together for three days and nights.  During this time it is demanded that neither of them do anything to relieve themselves to prevent bad luck.  After the three days they are bathed and allowed to enjoy their lives.

In an ethnic Chinese minority known as the Yugur, it is traditional for the groom to shoot the bride three times with a bow and arrow.  The arrows used do not have arrowheads and the pull on the bow isn’t massively high, but still enough to sting.  After the three shots have been fired, the groom retrieves the arrows and breaks them in two, thereby insuring that they will love each other forever.

In Germany there is a custom known as Polterabend, which is the tradition of breaking porcelain, in order to bring great luck to a couple for their wedding.  This tradition comes after the motto “Broken crockery brings luck” which was first observed in central Germany back in 1517.  This is generally observed several days before the wedding in modern times as dishes, bowls, cups and such are thrown to the ground and shattered.

In Sweden there is a long-standing tradition of whenever either the bride or groom leave their table after the ceremony, the other gets a lot of kisses.  If the bride were to leave, every female at the reception gets their chance to kiss the groom and vise versa for if the groom leaves the table.

In Scotland there is a tradition known as “Blackening the Bride” which nowadays also can include giving the groom a fair share as well.  This is achieved by the friends of the bride-to-be throwing every manner of foul and disgusting refuse all over the bride and then either tying her to a tree, or taking her to the local pub while clanging pots and pans to alert all to the wedding.  Supposedly, this prepares her for what is awaiting.