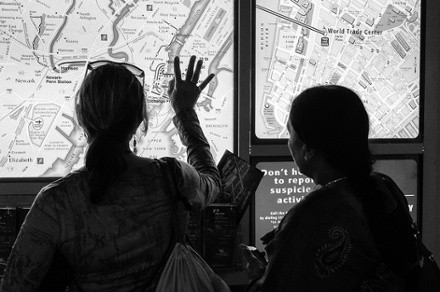 Posted at 08:09h in Sedan Service by DesignME

This blog was originally published in 2015; we have since updated it to reflect the most current and accurate information.

New York City is said to be a place where you could live your whole life and not see everything. So many museums, galleries, landmarks, shopping destinations, restaurants and historic sites are packed into each block.

If you’re headed to New York City this summer, you’ll want to pack in everything you can see in

VISIT THE “TOP OF THE ROCK”

Rockefeller Center is one of the most important, and well-documented, landmarks in New York City. Its top-floor observation deck also offers one of the most breathtaking views of the Big Apple that you can find.

Start your 8-hour day early with a morning trip to the “Top of the Rock,” snap pictures of the city, and maybe grab a drink or a meal at one of the many restaurants and bars in the area.

Founded nearly 80 years ago by Henry Minton, Minton’s became, through the 1940s and 1950s, the site of some of the most revolutionary music making in America’s history.

Greats like Dizzy Gillespie, Charlie Parker, Theolonius Monk, and Kenny Clarke were regular performers at Minton’s, while Louis Armstrong, Duke Ellington, Billie Holiday and Ella Fitzgerald stopped by sporadically, leaving their mark on the club and on Harlem’s trajectory as one of jazz’s most important geographical touchstones.

After a fire in the 1970s forced the original Minton’s in the Cecil Hotel to shut down, a new Minton’s opened on 118th street, bringing back the jazz, adding a dynamic menu and keeping every bit of the cool.

Stop in at Minton’s during an evening trip to New York, grab a bite and listen to some smooth tunes.

VISIT THE MUSEUM OF MODERN ART

New York is one of the biggest art destinations in the world, with hundreds of museums and some of the most well-known pieces housed in its structures.

It even has a Museum Mile, dedicated to some of its most famous and oft-visited art museums.

The Museum of Modern Art is always a great stop on the Museum Mile. It houses a number of fascinating exhibits from modern artists in a range of mediums.

HOW TO GET AROUND NYC

Planning for your transportation while you’re in town is a vital part of making your 8 hours count.

Without reliable transportation, you could waste significant amounts of time waiting on a taxi, searching for a ride-sharing service or looking for the right subway.

Each of these options is a whole other set of headaches, without offering punctual, reliable service when you need it.

That’s why booking New York car service is so important.

A great company that has a dedication to service, customer experience, and reliability will make your visit much more enjoyable.

Contact Executive today to learn more about our services.