7 THINGS TO DO IN NYC 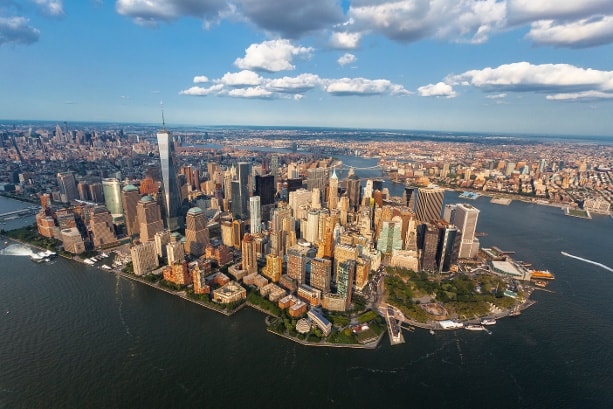 Posted at 09:00h in Limo Service by DesignME

Some of the best things to do with out-of-town visitors in the New York metro area rarely make the “Top 10” lists of activities. Visiting the Statue of Liberty, taking a carriage ride through Central Park, experiencing the hustle and bustle of Times Square, and touring the MoMA are obvious choices. But when you visit these places, you’ll have to deal with obscenely large crowds.

Put together an itinerary that goes below the surface and beyond Manhattan so your visitors can get an authentic taste of New York. Here are some of our favorite activities that are uniquely NYC.

For wine experts and enthusiasts alike, Long Island’s winemaking region is one of the most up-and-coming in the country. East End wine country topography is similar to some of the most fertile wine regions in Europe, giving the wines produced here world-class recognition.

Some of the best vineyards in this area are open for tours and tastings on weekends all year long, with extended hours for warmer months. Treat your guests to a few hours of sampling some of Long Island’s best wines.

2. A DAY IN THE HAMPTONS

Anyone who’s been to the Hamptons wants to return, and anyone who hasn’t is charmed by the quaint beach town’s idyllic East Coast charm. Visit for a weekend trip and stay in a bed and breakfast. Whether you spend the day sunning on the beach or strolling the sidewalks in town, the Hamptons is a gorgeous locale in any season.

Built immediately before the Stock Market Crash of 1929, The Bowery Ballroom stood vacant for nearly 2 decades until it was converted into a retail space. As the neighborhood went into decline, the building experienced several more significant vacancies. But since 1998, it’s been among the best music venues in Manhattan. With a capacity of 575 and stocked calendar of indie artists, The Bowery is one iconic venue that can’t be missed.

Family-style Italian fare is an integral part of the New York experience. Carmine’s is one of the best restaurants in town, offering abundant platters of antipasto, pasta, seafood and, of course, chicken parmesan. The restaurant has been serving enormous portions to New Yorkers for nearly 30 years, and its dedicated following has become so significant that locations have opened in Atlantic City, N.J. and Las Vegas. Make a reservation at their Upper West Side location for a less tourist-y experience. And if you’re beat after a day of sightseeing, delivery is available.

Fans of fashion can’t miss the opportunity to spend an afternoon browsing the boutiques in SoHo and Greenwich Village. As one of the Fashion Capitals of the World, this chic neighborhood is packed with designer flagship locations, vintage stores, and tons of independent boutiques that represent up-and-coming fashion designers. These neighborhoods are also packed with great galleries if your guests are into art.

The National September 11 Memorial & Museum is moving and insightful, offering visitors a chance to reflect and pay their respects. While there, visit the One World Observatory in the newly erected Freedom Tower for breathtaking panoramic views in every direction.

Few are familiar with the origin of “Wall Street,” which stems from an actual wall erected in the 17th century by Dutch settlers living in what was then called New Amsterdam. While that wall no longer exists, the nation’s financial epicenter is quite a sight to see for out-of-towners. After getting caught up in the chaos of the Financial District, grab something to go from a classic New York deli and enjoy it in Battery Park.

Vacations and weekends away don’t have to be synonymous with sore feet, and a New York experience doesn’t have to involve the city’s complicated public transportation system. Treat your guests to transportation in a New York limo with a local chauffeur who can act as an impromptu tour guide. Sedan service is simply the best way to get around Manhattan, Brooklyn, and Long Island.

Contact Executive Limousine today to request a free, no-strings-attached quote or to learn more about our services.

*Editor’s Note: This article was originally published in February 2013 and has since been updated to reflect the most accurate information.

Limo Service, things to do in nyc