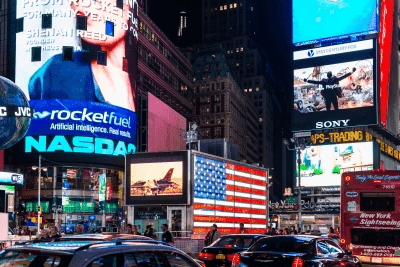 Winter is a magical time of year thanks in part to the many holidays that fall during these cold months. Christmas and Hanukkah are celebrated by millions across the country, as well as ringing in the New Year. Times Square in New York City has become an iconic destination of choice for millions on New Year’s Eve with millions more tuning in to watch the ball drop on television.

There are many other ways to enjoy the winter months once the tinsel from the tree has been taken down and the excitement of a new year has died down.  Broadway in New York has become an iconic way to enjoy the hustle and bustle of the city and there are many new shows to look forward to in the upcoming winter months of 2014. Boasting of more than 40 professional theaters to choose from, you are sure to find a performance fit for your special night.

While there are several classic options to enjoy, 2014 has many new productions you should consider when planning a date night.

Based off of the award-winning boxing movie from 1976, this performance started out in Germany. After a successful run overseas, it is now finding a home in New York on Broadway. While you wouldn’t think boxing would be a suitable subject for the stage, it actually received rave reviews during its time in Germany. Opening on March 13th, this performance is perfect for your date night. While the lad gets to enjoy the musical spectacle, the gentleman will be entertained by the thematic interpretation of a classic sports movie.

2. HEDWIG AND THE ANGRY INCH

You can’t go wrong with Neil Patrick Harris. With NPH headlining this performance as the title character, this play is much more than a drag show. Following the story of transgendered punk rocker Hedwig as her band plays in diners and dive bars across the country, the music is catchy in a genre of country glam-rock all its own. While it did have a run off-broadway in 1998 as well as being adapted for a movie in 2001, this will be the first time it gets a spot on Broadway when it opens April 22nd.

Another play based off a movie, Bullets Over Broadway is the first Woody Allen movie to be adapted for the stage. Zach Braff heads up this show as struggling playwright David Shayne. Set in the 1920’s with music from that era, this play is about Shayne becoming involved with a mobster to fund his performance. A play within a play, written by Woody Allen himself, this is sure to be an amusing evening for all. Opens on April 10th.

If you are looking to take your date out for a bit of nostalgia on Broadway, there are several shows from classic Broadway to see.

This epic performance initially debuted back in 1987 and ran for 16 years. Thanks in part to the success of its film adaptation, Les Misérables has since been brought back to the stage. This epic romantic musical is a historical drama that your lady will love and it opens on March 23rd.

Set in Berlin during the time before the Nazi party rose to power, this play revolves around a female night club performer at the Kit Kat Klub and her tragic love affair with Cliff, a writer that has come to Berlin to work on a novel. A classic play with classic music, Cabaret is sure to please everyone. Previews start on March 21st.

An exciting play with themes of greed, murder, and corruption, Chicago follows housewife Roxi Hart and her trial for murdering her boyfriend. This play has actually been running since 1996 and will continue on until August of 2014. The long run of this performance is proof enough to its excellence.

These are only a small number of the shows available for viewing during the coming winter months. With such a wide variety to choose from, there is certainly one suitable for both ladies and gentlemen alike. If you really want to top off the special evening, take advantage of a Broadway limo service and arrive in style. Make it a night to remember for both you and your loved ones.