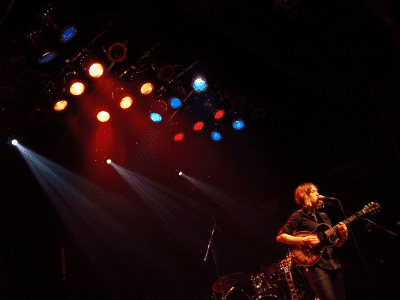 Posted at 08:05h in Sedan Service by DesignME

CONCERTS YOU HAVE TO CATCH

While Long Island is a haven for visitors who want to enjoy a relaxing getaway, sometimes you might experience an itch for a night out elsewhere. Luckily for you, there is a whole range of concerts taking place during the summer in the surrounding areas. So whether you’re a ‘80s fanatic, a country lover, or an adult with a longing for the alternative rock of the ‘90s, there will be something to entertain you during the summer.

Of course, you’ll also need to think about how you’re going to get to the concert you choose. You could call a cab or rent a car, but one is expensive, and the other is both expensive and inconvenient. Car service, on the other hand,  will help you make the most of your time since you won’t have to worry about parking or dealing with traffic. With a reliable sedan to get you where you need to go, all you’ll have to worry about is whether or not to buy one of the commemorative T-shirts as a souvenir.

RASCAL FLATTS AND THE BAND PERRY

Country music veterans and new blood will come together when this tour stops in New York at the beginning of June. Rascal Flatts has more awards to their name than any other country group, and 14 of their songs have been No. 1 singles. The Band Perry is a newer group that released their first album in 2010, but they’ve been making waves ever since, with singles such as “If I Die Young” dominating the airwaves.

Dave Matthews Band got a humble start in Charlottesville, VA and went on to become one of the most successful bands formed in the ‘90s. Lead singer Matthews has been hypnotizing audiences with his unique voice and narrative lyrics for more than two decades now, and it doesn’t look like he’ll be stopping anytime soon. The seven-man ensemble will bring their blend of traditional rock and classical instruments to the PNC Bank Arena at the beginning of the month.

Some people slow down when they reach age 60 or older, but not Rick Springfield. Instead, he’s spending this summer touring through Europe and North America.  Springfield’s history has included 17 songs reaching the Top 40. According to All Music, his latest album Songs for the End of the World is one of his strongest, so the audience will be treated to some of his finest work, as well as the old favorites.

This summer, Bon Jovi will be touring to promote their latest album, What About Now. Bon Jovi is known to be an excellent showman, so fans and hopeful rock stars alike will receive a lesson on how to get a crowd going. Bon Jovi’s stage show, along with the band’s heavy, pulsating rock will make for an unforgettable night.

From her beginning with Destiny’s Child to her career as a successful solo artist, Beyonce has become one of the most popular female artists of the 21st century. She’s dipped a toe in everything from music to film to TV, but she’ll be treating audiences to her powerful voice throughout the summer.

Alternative rock will dominate the Nikon Theater in mid-August when Matchbox 20 and the Goo Goo Dolls perform in Jones Beach. Considering these two bands were some of the biggest in the rock scene during the late ‘90s, this show is perfect for those who want to be transported back to the time before Facebook.

When you take the hassle of navigation out of the picture, you’ll be free to enjoy the night to the fullest. So buy your tickets, reserve your car service, and know that your night on the town will be one without any cares to put a damper on the fun.