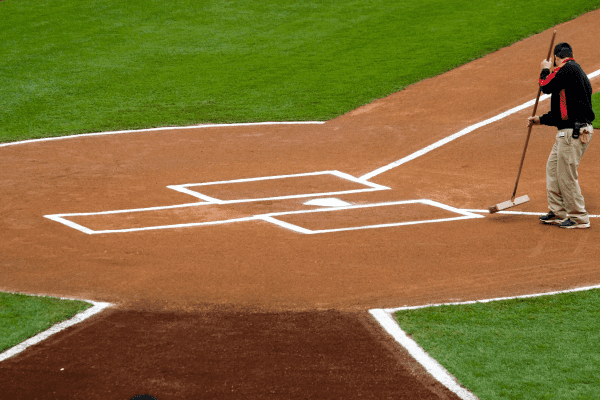 We sense good things for the Mets’ upcoming opening day and their game against the San Diego Padres on Monday, April 1. After a disappointing 2012 season where the team only won 74 games, their record is almost bound to improve. Despite the fact that their lineup has barely changed between seasons, they’ve got a built-in advantage against their local competition, due to the fact there were only minimal injuries in the off-season. We’re still not spilling any details on our own baseball loyalties in the continual New York battle between the Yankees and the Mets, but we’re willing to share some ways you can ensure your day at Citi Field is a great one:

We’re not the only ones who think that taking your personal vehicle to Citi Field sounds like an awful idea. CBS local’s experts are equally emphatic, telling both locals and tourists to “do yourself a favor and avoid driving.” It’s not that it’s impossible, but it’s expensive (around $20 in previous years), and the lots tend to fill as soon as they’re opened four hours before the game, leaving fans with 2.5 hours to kill before they can enter Citi Field. Give yourself permission to reserve Your Perfect Atlantic City Night Out. It will save the hassle of finding a spot, or taking the train. It may be a bit more pricey than public transportation, but it’s an infinitely better experience and probably won’t even cost as much as dinner at the stadium.

2. GETTING TO YOUR SEAT

You can typically plan on being able to pass through security 1.5 hours before the game. However, if you’re too eager or concerned about long security lines, it’s a little-known secret that the Jackie Robinson Rotunda, Stengel, and Hodges gates are open 2.5 hours before the first pitch. The only item you should plan on bringing in is a soft plastic, 20-ounce water bottle with an intact seal. No food or open containers of any kind are permitted, and noisemaking devices are also on the list of forbidden items. Fortunately, New Yorkers have never been known as a quiet bunch, particularly when it comes to cheering for pro sports teams.

3. LEAVE YOUR BACKPACK BEHIND

The largest bags allowed into Citi Field can be 16 inches wide and tall. This means that most standard adult backpacks are too large. Leave anything but standard-sized purses behind, and keep in mind that there are no convenient places to check your bag on site.

If ticket prices aren’t a concern, the best seating can be had on the Promenade Level and in the Caesar’s club, which are typically numbered in the 400s and 300s, respectively. Prices for seating can run you around $200, but it provides an unobscured view of the field and access to some of the best dining and luxury clubs at the stadium. It may not be cheap, but it’s undoubtedly the best way to experience the Mets’ opening day or any other matchups throughout the season.

It’s pretty hard to go hungry at any major stadiums in New York. Citi Field’s offerings are no disappointment, and concessions vendor Shake Shack is the stuff of legends. Yahoo Sports has named it one of the best sports eats in the city, and its 100% natural Angus beef burgers are reasonably priced. Due to the fact that it’s a crowd favorite, lines can quickly stretch around the stadium, so put your order in during the first inning so you don’t miss a single play. Blue Smoke’s Southern-style pork barbecue sandwiches are another can’t-miss food item, and El Verano Taqueria serves up some pretty authentic Mexican. Finally, New Orleans-style Catch of the Day’s shrimp po’boy sandwiches put most other stadium foods to shame.

We’ve got to hear your input on how to have the best experience possible at Citi Field. What are your favorite ways to get there and dine during the Mets game?