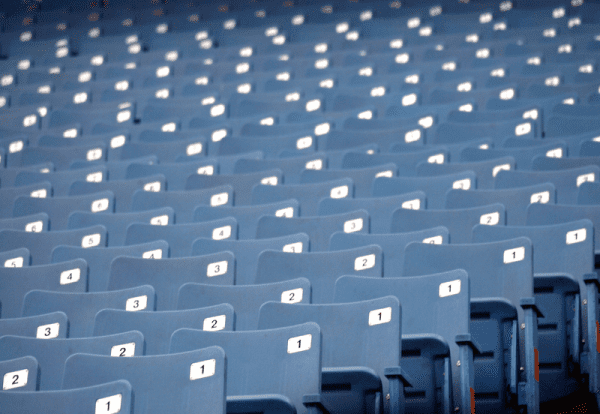 It’s never too late to become a regular at the Barclays Center. Brooklyn’s newest, 18,000-seat events venue was established with the mission of showcasing “the world’s most thrilling entertainment and sports events.” Despite the fact that it’s only been open since September 2012, it’s well on its way to boasting one of the most exciting events calendars anywhere. If you’re considering treating yourself to an evening of entertainment, we’ve curated info on the best events in coming weeks:

The opening of the Barclays Center in September 2012 signified something pretty momentous for Brooklyn: its first professional sports team since 1957. It’s about time, and the Brooklyn Nets certainly haven’t been a disappointment to date. Regardless of the results of their match against the Houston Rockets on the 22nd, one thing is certain: The energy among 18,000 fans in the sold-out stadium is sure to be spectacular.

It’s no exaggeration that Barclays offers something for everyone. From boxing to Disney on Ice, there’s no single demographic or set of preferences that are left out. Itzhak Perlman, one of the world’s most famous and critically acclaimed violinists, will share the stage for several hours with Yitzchak Meir Helfgot, a tenor who specializes in traditional Jewish liturgical songs. The two will commemorate the release of their recent album, “Eternal Echoes: Songs and Dances for the Soul,” which Perlman describes as “Jewish comfort music.” It may be the best Thursday evening you experience in the entirety of 2013.

The acclaimed DJs who comprise Swedish House Mafia are sure to host huge crowds for three consecutive nights during their all-ages concert series at Barclays Center arena. Their Brooklyn stop is part of a worldwide series touted as their “One Last Tour.” The trio’s most famous collaborations include “Miami 2 Ibiza” and “Save the World,” and their performances include stunning visual elements and fantastic live electronic music. Their previous performances in Dubai and Russia, among other international destinations, have thoroughly impressed sold-out crowds of electronica fans.

In an event that will be televised on HBO World Championship Boxing, fans are invited to become a part of history and witness the fight referred to as Hopkins vs. Cloud. Record-breaking boxer Bernard “The Executioner” Hopkins will go head-to-head against Tavoris “Thunder” Cloud. While Cloud is the current IBF Light Heavyweight Champion and so far undefeated, many regard Hopkins as a worthy contender.

Fourteen-time Grammy winner and singer-songwriter Alicia Keys has a single-night engagement at Barclays Center that’s sure to sell out well in advance. She will be performing hits from her career in addition to selections from her new album, “Girl on Fire.” Her shows are opened by R&B performer Miguel, a rising star who was nominated for five Grammys.

There are many things to love about Barclays Center, but the ease of getting there certainly isn’t one of them. The venue website cautions attendees that “parking at Barclays Center is very limited,” and visitors are encouraged to consider alternative means of transportation. While some spots are available in neighboring areas at costs that range from $30-40 upwards, many who choose to drive may find themselves without options for parking.

If public transportation isn’t a feasible option for your party, consider chauffeured transportation instead. You can relax, ignore Brooklyn traffic, and enjoy the benefit of door-to-door service. As a bonus, Barclays Center limo service is almost certainly more affordable than you think.