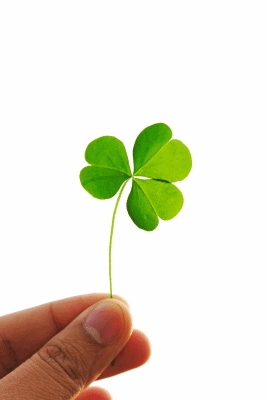 There is a day that comes around every year that, no matter what your ancestry is, everyone becomes Irish. That day is St. Patrick’s Day. You dress in green, your beer becomes green, and there are even some rivers that become green. Shamrocks are the shape of the day and everyone speaks of the luck of the Irish. March 17th has become a day to celebrate the culture, religion, and heritage of Ireland. The United States has long joined in on the celebrations and New York has many festivities for you to indulge in on this holiday. The majority of these festivities involve the mass imbibing of alcohol, so it wouldn’t be a bad idea to take advantage of an NYC Limo service.

It’s no secret that the Irish like to drink. Whether it be whiskey or beer, there are several bars and pubs around New York City to make even the most die-hard Irishman feel right at home on St. Patrick’s Day.

Failte Irish Whiskey Bar has the rustic atmosphere of a pub in Ireland. With a roaring fireplace, wooden bar, and pool table, they also have 25 different Irish whiskeys to choose from. Failte is actually Gaelic for the welcome, which is exactly how their friendly bartenders and cozy environment will make you feel.

With an emphasis on Irish hospitality, Tir na nÓg is a place that has remained true to the atmosphere and décor of a true Irish pub. Not only do they have an extensive range of whiskey to choose from as well as a global wine list, they also have several local and Irish craft beers to appease even the most distinguished of tastes.

One of New York’s oldest bars is a madhouse come St. Patrick’s Day. McSorley’s Old Ale House has been providing the indulgent Irish atmosphere for over 150 years. They thrive on a tradition with sawdust on the floor and giving you two smaller glasses rather than one pint. While all of these places do offer food, St. Patrick’s Day revelers tend to focus only on the alcohol.

The oldest Irish tradition this country has seen is the New York City St. Patrick’s Day Parade. On March 17th, 1762, the first parade was held, and it has grown in popularity ever since. The parade is always held on March 17th unless it falls on a Saturday due to religious observances, in which case it would then be held on March 16th. Starting on 44th street, the parade continues up Fifth Avenue past St. Patrick’s Cathedral. They march on up to 79th Street until it ends at the Irish Historical Society. You can enjoy the sounds of bagpipes and other great bands while watching the upwards of 250,000 marchers during this grand event.

No matter what you choose to do to celebrate your green holiday, use an NYC limo to stay safe. Let them drive you around while you enjoy the many green beers and Irish whiskey’s the festivities have to offer. And don’t forget to say at least once: “KISS ME I’M IRISH!”