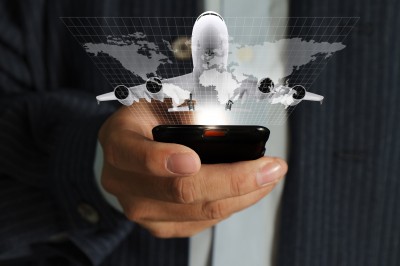 31 Jul 3 BUSINESS TASKS YOU CAN DO IN A LIMO

Posted at 08:05h in Sedan Service by DesignME

As any traveling business person can attest, finding ways to stay productive on the road can be a serious challenge. Not only do you have the often uncomfortable environments of cabs, airports, and airplanes standing in the way of your productivity, you’ve also got the added concerns of jetlag, distracting noises and general lack of focus as you make your way from place to place.

Especially if you’ve rented a car and plan on driving yourself in a large and unfamiliar city, productivity during your commutes is essentially non-existent. You might even end up making yourself late if you haven’t memorized the map or don’t have a rock-solid GPS at your disposal which, sadly, most standard rental cars don’t offer. When time is of the essence and a tight schedule is vital to your success during your business trip, it’s worth every extra penny you’ll spend to book a chauffeured vehicle. If you really want to spring for luxury while you’re at it, book a chauffeured limousine for your next business trip. Not only will you find that productivity is a possibility, you might also find that getting a little extra shut-eye is a benefit as well. Here’s our list of business tasks that you can do in a limo.

If you’re in charge of a group of people and need to keep tabs on which projects are completed and which ones have met the bottleneck, a limousine is a great place to do so. You’ll have a quiet environment to read reports, scan files and answer any concerns that your employees have expressed. You’ll have a comfortable seat and no disturbances so you can easily plan any changes that need to be made to the project at hand, and you won’t have to worry about being interrupted by your cab driver asking you to repeat your destination for the fifth time.

Anyone who has taken public transit or a cab knows it’s really difficult to make phone calls in those environments. Public transit is rife with outside noises that make it impossible to hear, which can be a terrible detriment to an important business phone call or the last minute call to your spouse or significant other before you go into 6 hours of meetings. And making confidential phone calls in cabs is always uncomfortable since there is no privacy window or way to make sure the confidential information stays confidential. Making phone calls in your rental car is difficult because you’re distracted with the demands of driving a car. Also, it’s illegal in several states to talk on the phone while driving (including 3 states in the northeast).

A limousine allows you the privacy and space to make any phone call you need to without worrying about someone overhearing or the dangers and distractions that talking while driving presents. Your chauffeur will be tucked away in the front of the car while you relax in the back with the privacy window up, creating a vacuum for you to talk away with only the conversation at hand on your mind.

Taking a nice, long nap might not seem like a business task, but in the fast-paced world of corporate travel, it serves just as many benefits to your productivity as making important phone calls or managing tasks during your commute. Not getting enough rest during your business trips is an easy road to exhaustion and a complete lack of productivity altogether, not to mention being mentally absent during meetings and important business dinners due to sleepiness.

A limousine is a perfect place to take a luxurious after-flight nap. You’ll wake up refreshed, renewed and ready to the boardroom running.